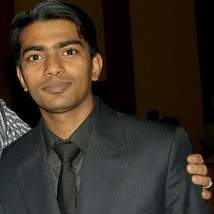 I was a source of deep disappointment and regret...

Winning Coach of the Year 2015 at the awards organised by my employers was a special occasion. In 2012, when I completed my schooling I received an offer to work for a Sports Education company, with a sense of trepidation and hope, I took the chance and stepped into the big world of responsibility. But things haven't always been easy!

My name is Lakshman Singh. I was born in Kolkata and grew up in a joint family with my grandparents, uncles, aunts, parents and three brothers - none of whom had ever stepped into an English Medium School. Through good fortune, I happened to get admission to The Calcutta Emmanuel School. Over the years this became a matter of jealousy among my siblings - they were slogging at the small family tobacco shop while I topped my classes and polished my English.

As the time passed by, I found that the studies were getting harder and I struggled to cope. At home, there was no one to help me and eventually my grades began to slide. Soon the teachers began to worry and ask for explanations. Anxious with all this attention, I felt demotivated. I began to sneak out to play cricket at the university grounds nearby and soon fell into bad company at school and outside. I failed Grade VII. My parents were shocked by my fall from grace scolded me and loud shouting matches at home became the norm.

My failure prompted my father to contemplate taking me out of school and having me work at the shop. I was now a source of deep disappointment and regret. At school too I could sense a hint disappointment among my teachers. Things were not going well. I took to smoking and was almost going down a bleak road of addiction when a sports teacher took note of me.

"I was demoralised and wanted to leave school, but my
mentors helped me to see things in perspective and continue."

That was a real turning point for me. Ma’am took a deep interest in me. Looking back, it seems that she channelled my energies and motivated me. I found that I enjoyed Karate and took to it with great zeal. I also received guidance in terms of studies and somehow scraped through to the next class. My hopes were invigorated and I started practising karate and did well. I lost a year in Grade IX because my family insisted that I attend a religious event that clashed with my end-of-the-year exams. I was demoralised and wanted to leave school. But my mentors helped me to see things in perspective and I continued.

I would even study at an ATM in Jadavpur at night because I was not allowed to keep the lights on at home since that would hamper the sleep habits of others at home. But I finally did pass my ICSE Grade X (O-Level equivalent) from The Calcutta Emmanuel School in 2010 with 74%. By then I was a black belt and earning money by teaching karate at Anandoloy, the Boys Residential Unit of EMC, and a few other places. I knew I had to earn to support myself to study after class XII. I completed my schooling in 2012, and immediately got to work after it.  I realized that, much like my nickname, I was LUCKY to be in such a supportive school and BLESSED to have a SAVIOUR come in my life when all was dark.

My parents felt hopeless....But God had different plans for us.

'I was under tremendous pressure to drop out of school…' ?